2019 marks 10 YEARS since of the release of Jenny’s debut album, Chest of Drawers!  To celebrate, you can own this beautifully crafted album on CD for HALF PRICE! 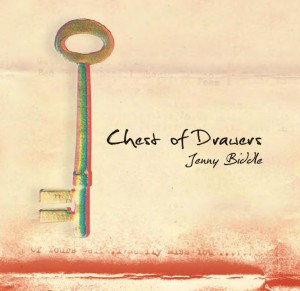 Celebrating 10 Years of Chest of Drawers!

Dreaming of recording her very own studio album since she was 4 years old, this dream was finally realised in in 2009. Together with producers James Englund and Steve Iuliano, Jenny spent a year diligently crafting her first studio album at Crash Symphony Studios, Neutral Bay, Sydney Australia. Now, 10 years on this critically acclaimed album has gone on to sell over 2500 copies independently, streamed over 10,000 times on Spotify! It includes her stand out guitar track Chest of Drawers, a soothing beach village memoir Village by the Sea, the catchy singalong Come & Go, and a heart felt commemoration to the devastating Victorian bushfires in February 2009.

In 2019, you can own this memorable collection of tunes on CD for HALF PRICE.

Note: Shipping to the world. Local shipping prices from UK & Australia, International rates outside these countries.

The Sequel is Here!
Select your currency